ZellX® Cellular ROS Assay Kit uses the H2DCFDA (2′,7′-Dichlorodihydrofluorescein diacetate), a fluorogenic dye to measure the activity of hydroxyl, peroxyl and other reactive oxygen species (ROS) in living cells. Firstly, H2DCFDA diffuses inside the cells and subsequently intracellular esterase cleaves the acetyl groups on H2DCFDA to yield the non-fluorescent compound H2DCF, which is rapidly oxidized by ROS to the highly fluorescent 2’,7’-Dichlorodihydrofluorescein (DCF). The fluorescence intensity is proportional to the ROS levels within the cell cytosol. 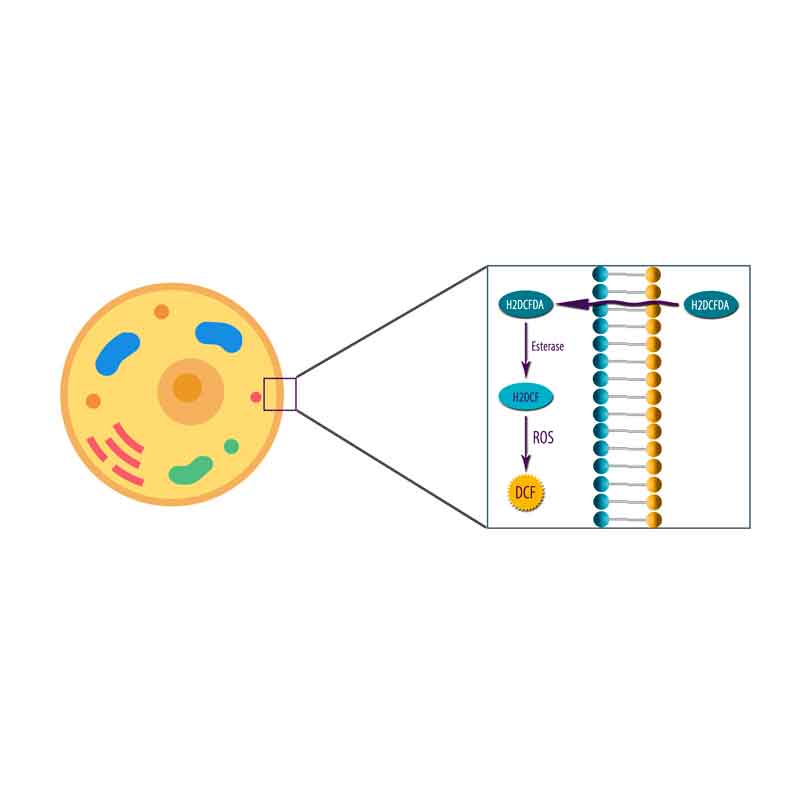