Superoxide anion (O2-·) is produced in biological system by incomplete reduction of O2 during respiration, which is spontaneously or enzymatically dismutated by superoxide dismutase to hydrogen peroxide (H2O2). Many cells produce low levels of O2- and H2O2 in response to a variety of extracellular stimuli, such as cytokines (TGF-ß1, TNF-a, and various interleukins), peptide growth factors (PDGF; EGF, VEGF, bFGF, and insulin), the agonists of heterotrimeric G protein–coupled receptors (GPCR) such as angiotensin II, thrombin, lysophosphatidic acid, sphingosine 1-phosphate, histamine, and bradykinin, and by shear stress. The addition of exogenous H2O2 or the intracellular production in response to receptor stimulation affects the function of various proteins, including protein kinases, protein phosphatases, transcription factors, phospholipases, ion channels, and G proteins. H2O2 and O2 may participate in the production of singlet oxygen and peroxynitrite which may concurrent with reactions involving iron, and under some circumstances they might play an important role in H2O2 toxicity.

A substantial portion of H2O2 lethality involves DNA damage by oxidants generated from iron-mediated Fenton reactions. Damage by Fenton oxidants occurs at the DNA bases or at the sugar residues. Sugar damage is initiated by hydrogen abstraction from one of the deoxyribose carbons, and the predominant Consequence is eventual strand breakage and base release. The ZellX® Hydrogen Peroxide (H2O2) assay is designed to quantitatively measure H2O2 in a variety of samples. 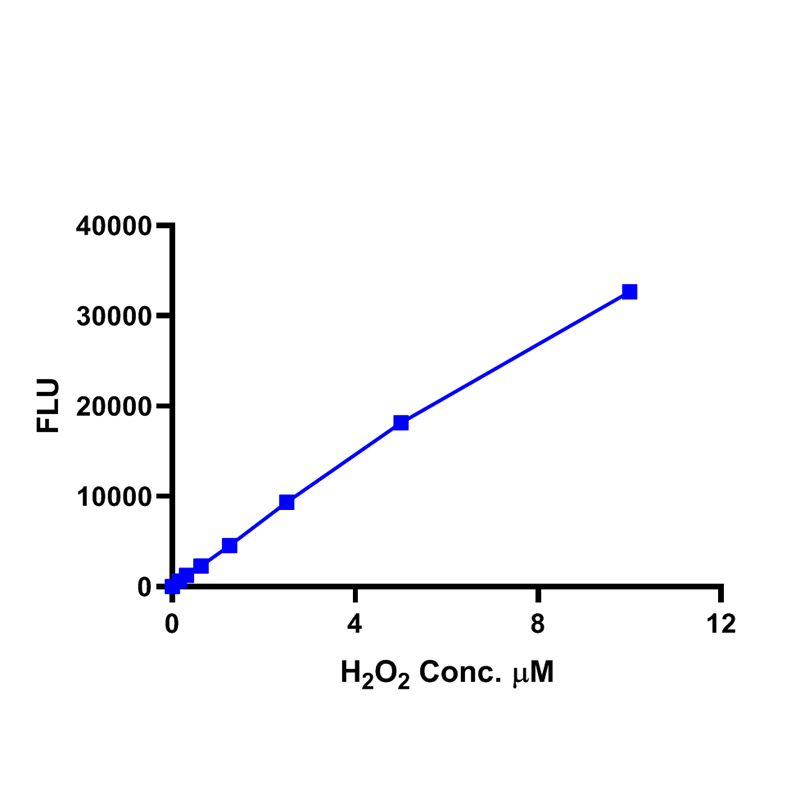