Glutathione (GSH) is a major non-protein thiol with a concentration of 0.5 – 10 mM in mammalian cells, which serves as an intracellular reducing substance to protect the cells against oxidative stress. Glutathione Peroxidase (GPx) catalyzes the reduction of hydrogen peroxide (H2O2), using reduced GSH, and produces oxidized GSH dimer (GSSG). GSH also plays a critical role in many other biological processes, such as protein and DNA synthesis, and amino acids transport. 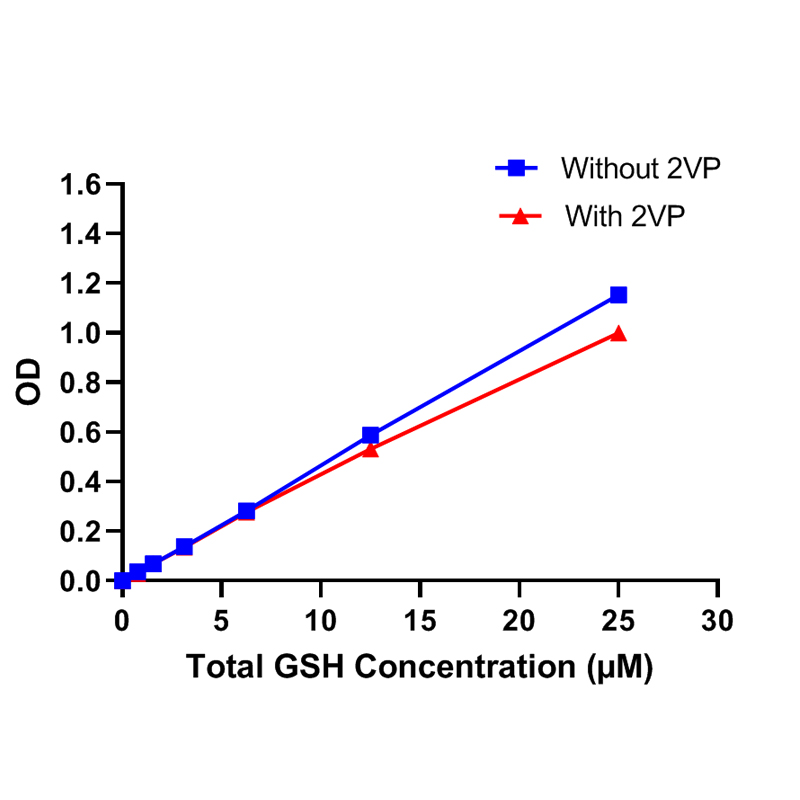